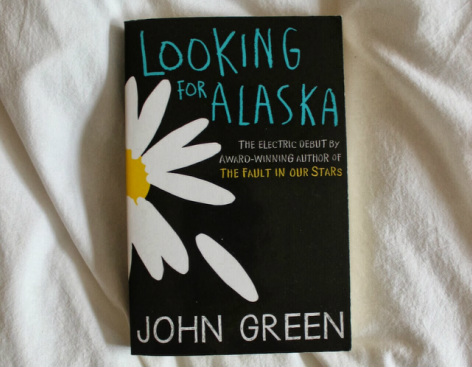 "I Go To Seek A Great Perhaps."
Looking For Alaska is John Greens first book he had ever written as a new author. The book is based on when he was bullied and some of the pranks or events that happened in Looking For Alaska actually happened to John Green. This is one of my all time favorites and I highly recommend the book.
The opens as the narrator, Miles Halter, leaves his home in Florida to attend Culver Creek Preparatory High School in Alabama for his junior year. He uses ﻿Francois Rabelais﻿’s last words "I go to seek a Great Perhaps" as his argument for choosing boarding school at such a late age. Miles is fond of reading biographies, and particularly of memorizing the subjects' last words.

Soon after arriving at Culver Creek, Miles meets his roommate, Chip "The Colonel" Martin. The Colonel soon provides Miles with his very own nickname: "Pudge," ironic as Miles is tall and slender. Miles is later introduced to the Colonel’s friend, Alaska Young. Alaska is described as an attractive yet emotionally unstable girl. Besides Alaska, the Colonel also introduces him to Takumi, a student of Japanese descent. Alaska tells Pudge about Simon Bolivar's last words, which were" How will I ever get out of this labyrinth!" Miles asks her what the labyrinth is and she tells him that's the mystery. After they joke about Alaska having a boyfriend and Pudge being single they make a deal: if Miles figures out what the labyrinth is then Alaska will get him laid.

Alaska sets Pudge up with a girl, Lara. Lara came to America when she was twelve,and came from Romania. She had to translate everything to her parents because she was the only one in her family who knew English. Pudge and Lara have a disastrous date, which ends with Pudge having a mild concussion and throwing up on Lara's pants. Alaska and Pudge drink, smoke, and do many things together, causing him to fall in love with her, despite the complications of their relationships. The Colonel and Alaska have been planning a pre-prank to lull the Warriors into a state of peace. The weekend of the pre-prank Pudge and his friends head to the old barn by the school. Takumi and Pudge light firecrackers by the Eagle's house, causing him to run after them. The Colonel and Alaska would change the Warriors' grades on their report cards. And, finally, Lara put blue dye in the Warriors' shampoo and hair gel. The next day, while they're still at the barn, they drink, smoke and try to pass the time. While inebriated, Alaska tells them about her mother's death from an aneurysm when she was eight years old. She feels guilty for not calling 911, though she did not understand what was happening at the time. Pudge figures that her mother's death made Alaska impulsive and rash. He concluded that the labyrinth was a person's suffering and that we must find our way out. When they return to school, the Colonel and Alaska celebrate their prank by drinking every night of the next week. On the last night of these 'celebrations', Alaska dares Pudge to "hook up" with her, and they begin making out. After warnings from an intoxicated Colonel, she stops, telling him she's too sleepy, and they can leave it "to be continued". Then they all fell asleep. Alaska received a phone call in the middle of the night that leaves her hysterically crying and tells her friends she has to leave. The Colonel and Pudge help Alaska drive off school premises by setting off the remaining fire crackers from the initial prank on the Weekday Warriors. Alaska drives away, still drunk.

In the morning, the Eagle held an assembly, telling the students of Alaska's death. Her car crashed into a police cruiser at the scene of a truck accident on the highway, the steering wheel crushing her chest. The Colonel and Pudge feel horrible, feeling they helped her death by letting her go. They find out the only way it could have happened was if she tried to squeeze through the truck and a police cruiser or if she did it on purpose, committing suicide. This causes them to wonder if they really are to blame or not. If she did commit suicide, then the Colonel believes she was selfish in making them help her. The Colonel insists on questioning Jake, her boyfriend, but Pudge refuses to, still clinging to the hope that Alaska wanted to be with him. They argue, the Colonel saying Pudge only loved the 'fun' side of Alaska, not all of her. Afterward, they make up, with Pudge realizing it's true and the Colonel confessing he's just angry and looking for someone to blame. They've been ignoring Takumi and Lara for a long time and apologize to them too (though Lara and Pudge don't seem to get back together). As a way of celebrating Alaska's life they plan the last prank. On Speaker Day the junior and senior classes are supposed to choose someone—a lawyer or small politician—to come speak to them. All of the junior class—Weekday Warriors, Pudge's friends, and everyone else—help with the prank. They convince the Eagle to let a friend of Pudge's dad to come speak of how sex is perceived by adolescents. In reality they hire a male stripper. When the man starts to give his speech Takumi starts the music. The man shouts “This one's for Alaska Young!” and strips in front of everyone. The whole school finds it hilarious, even the Eagle who doesn't punish them. Pudge finds Alaska's copy of The General in his Labyrinth with the labyrinth quote underlined. In the margin was written 'straight and fast'. Later they remember what date Alaska's mom had died and realize Alaska died the morning after. They figure one of two things happened. Alaska remembered the anniversary of her mother's death and came to the room sobbing that she had to go, referring to her mother's grave. But it was already after midnight, the next day. She was drunk and angry at herself. When she saw the truck and the police cruiser she was either drunk enough that she thought she could pass through or she was so angry with herself that she committed suicide, taking the 'straight and fast' way out. The last day of school Takumi confesses in a note that he was the last person to see Alaska alive, he let her go too. Pudge realizes that this doesn't matter, their letting her go doesn't matter as much anymore. He forgives Alaska for going and knows that she forgives him for letting her go. He'll always love her, present tense. 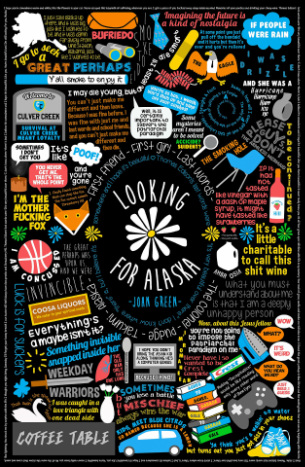 "I was caught in a love triangle with one dead side..."
Looking For Alaska has won a total of nine awards over the years. It has won the 2006, Michael L Printz Award, the 2005, Los Angeles Times Book Prize, and the 2006, Top Ten best book for young adult. Even some various High Schools around the United States read Looking For Alaska for their English classes, as well as some colleges! The new cover of Looking For Alaska, which features a candle producing large amounts of smoke rising has been changed since 2012. The new cover is all black like the original except there is a white flower with one petal broken off it. Adapting the cover of Looking For Alaska isn't the only thing people were talking about, making the book into a movie was also a rumor going around. Since 2012, John Green had answered a question on his Tumblr about the book becoming a movie. John Green told his fans on Tumblr that the book will probably never be made into a movie because like many movies up for production, it got stuck in developing. The book did have a script written for it but no movie company wanted to produce the movie. John Green himself said that he wasn't sad about how the book had no chance of becoming a movie and says "Looking For Alaska has a wonderful life." Many Fans were looking forward to the book to movie adaption but is still enjoyed by fans world wide. 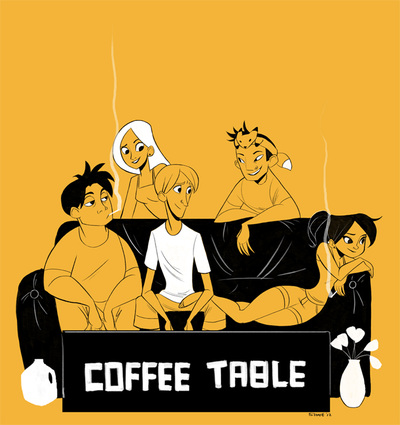 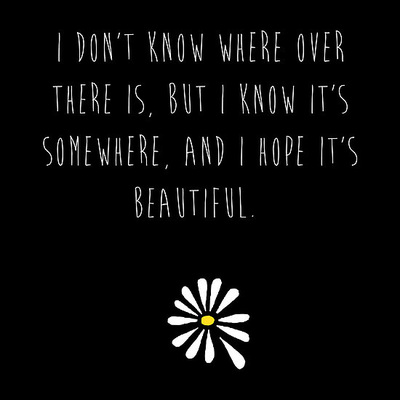 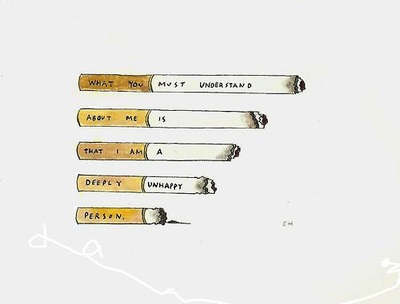