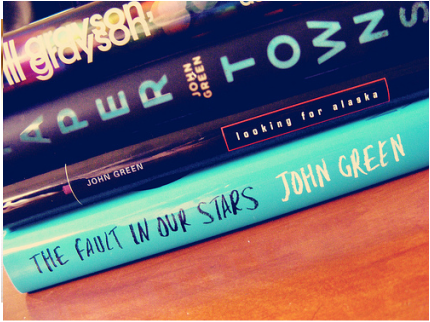 Hi! My names Bella (Isabella) and this is my website about an author named John Green and his books. John Green is an inspiring author with a total of 14 books written. Weather they are children's books or young adult stories, John Green is a very amazing writer and the writer of The Fault of Our Stars which is scheduled to be released in June in movie theaters. He inspires his readers with his choice in words in each story and with his amazingly different, yet brilliant stories. John has also won a total of five book awards including: the Michael L. Print, the Edgar Allen Poe Award, Corine Literature Prize, Indiana Authors Award, and the Children's choice book award. Indianapolis, Indiana is where John is residing for now and did travel to go to the set of the movie The Fault in Our Stars. John has a family including a wife, a son, and a daughter named Henry and Alice. 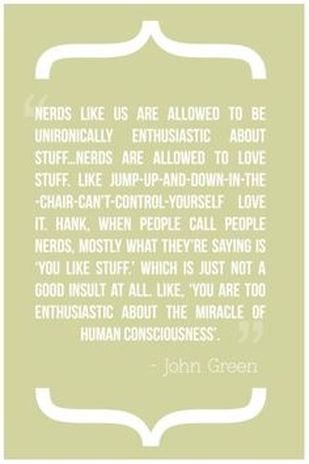 ﻿The VlogBrothers﻿ Is a video blog style channel on YouTube. The Internet-based show is created and hosted by brothers, John Green and Hank Green. The first incarnation of the brothers' online broadcasting was the "Brotherhood 2.0" project, preceding the establishment of the pair's regular vlogging activity through the Vlogbrothers channel.
The Greens state that their vlog has no consistent format: "Really, it's not about anything in particular. Whether we're talking about our lives, making each other laugh, or trying to get something more important across, people seem to enjoy it. The channel passed one million subscribers on March 5, 2013.
The fans and supporters of Vlogbrothers are known individually as Nerdfighters, and collectively as Nerdfighteria. The Vlogbrother subscribers on Youtube are the base of the online community Nerdfighteria. The Green brothers encourage their viewers to become a community by creating websites and various projects, like Project 4 Awesome, to involve their subscribers.
At present, the brothers post two videos per week. John Green posts a video on Tuesday, and Hank Green on Friday. 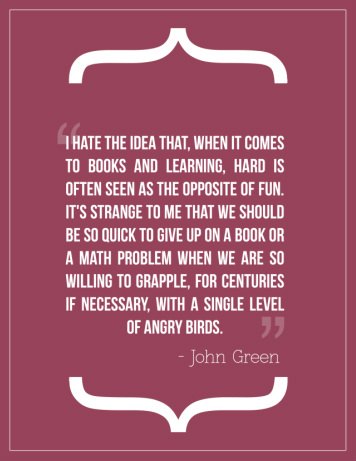 "Because that's the thing about pain, it demands to be felt."

"Maybe our favorite quotations say more about us than about the stories and people we're quoting."

"I fell in love the way you fall asleep. Slowly, then all at once."

What is the point of being alive if you don't at least try to do something remarkable." 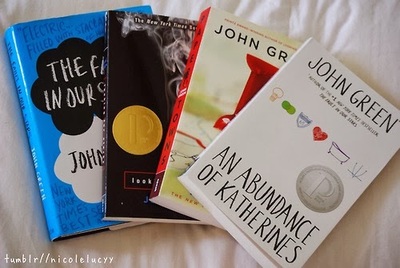 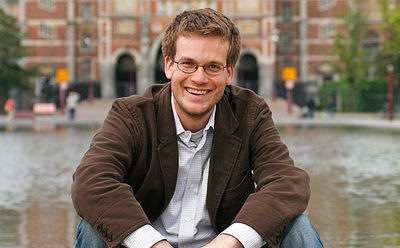 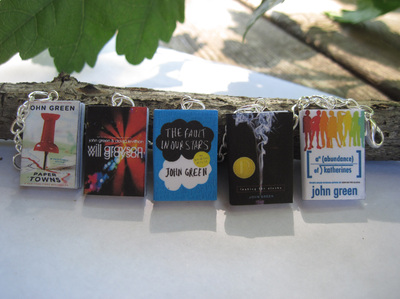